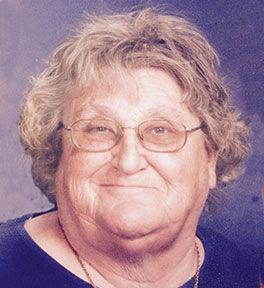 She was born June 30, 1943 at York to Orville and Lillie (Bowman) Hoffman. She was previously married to William Lovgren and on Feb. 14, 1981 was married to Delbert Kramer at York. Beverly was a member of Emmanuel Lutheran Church in York. Beverly was a cancer survivor and participated annually in the American Cancer Society Relay for Life. She enjoyed puzzles, reading and spending time with her family.

Beverly is survived by her husband, Delbert of Bradshaw; sons, Bill Lovgren Jr. from Massachusetts and Mike Lovgren of York; daughters, Deb (Brian) Lauerer from Ohio and Peggy Lovgren of Stromsburg; five grandchildren; three great-grandchildren; and sister, Dee (Don) Quiring of York. She is also survived by nieces, nephews and friends. Preceding her in death were her parents and her son Pat.

Funeral services will be held at 10 a.m., Tuesday, April 7, 2015 at Emmanuel Lutheran Church in York.  Interment will be in the Plainfield Cemetery, west of Bradshaw. Visitation will be from 7-9 p.m. Sunday and from 9 a.m. - 9 p.m. Monday at the mortuary.  The family will greet friends from 6-8 p.m. Monday evening. Memorials may be directed to the family for later designation.
​
Condolences may be emailed to Metz Mortuary Messages will be given to the family.