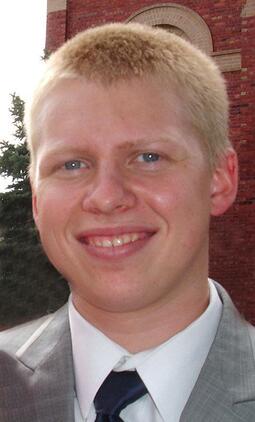 Ben was a 2011 graduate of McCool Jct. High School and graduated from Iowa Western Community College in 2013. While in high school he worked at McCool Air Service and Agri-Products, and presently worked at Duncan Aviation in Lincoln as a jet mechanic.

Ben was a member of St. Patrick’s Catholic Church in McCool Jct. He loved the outdoors and was an avid hunter and fisherman. His laid back and down-to-earth nature earned him the love and respect of his family and friends. His daughter Millie was his pride and joy and his world revolved around her. Ben will be remembered as a devoted father, loving son and brother, and loyal friend and will be missed by all who knew him.

Ben was preceded in death by his grandmother, Connie White and aunt, Sherry Graczyk.

A Mass of Christian Burial will be held at 1 p.m., Monday, Sept. 29, 2014 at St. Joseph’s Catholic Church in York. Casual attire and camouflage are encouraged. Interment will be at Pleasant Ridge Cemetery, McCool Jct. Visitation will be from 1-9 p.m. Saturday and 1-4 p.m. Sunday at Metz Mortuary, York. A Rosary will be said Sunday evening at 7 p.m. at St. Joseph’s Catholic Church. In lieu of flowers and plants, memorials may be directed to the family for the benefit of Ben’s daughter, Millie.​
​
Condolences may be emailed to Metz Mortuary Messages will be given to the family.