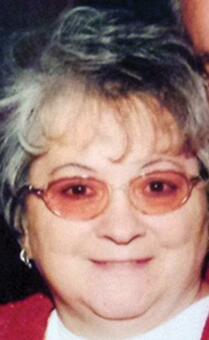 Barbara Allen “Bobbie” Vice, age 77, of Henderson, died Sunday, Oct. 22, 2017 in Henderson surrounded by the love of her family. She filled the 77 years she had on this earth with as much love, service and generosity as she could.

Barbara met Loyd Vice Sr in 1957 in Omaha and were married Dec.10, 1960 in Fall. They renewed their wedding vows in 2010 celebrating 50 years of marriage together. At the time of her death, they had celebrated 56 years of marriage. Barbara was a hard worker, doing many things to help support her family. She worked at Sears Manufacturing and M.A. Ford in Davenport, Iowa before moving back to Nebraska. She then worked at Sundstrand Mfg and Grand Central Super Valu in York before retiring in 2002. Along with all of her work she found time to serve the Lord at the Nazarene Church in York and then at Countryside Bible Church at Hampton.

Among her hobbies she loved sewing, crocheting (especially baby blankets for new born babies), crafting, playing bingo, cooking for her family, watching television and recording movies for others. She loved dancing with Loyd and watching her children and grandchildren play sports and grow up healthy and happy. She would always tell them “I’ll be here…”

Those left to honor her memory include her husband, Loyd Sr. of Henderson; her children Loyd Vice Jr., Marcene (Kevin) Johnson and Rhonda (Scott) Beadle all of Eldridge, Iowa; son-in-laws, Scott Beadle and Kevin Johnson both of Eldridge. Her grandchildren include Branden Johnson, Alexys Beadle of Eldridge, Kylee J. Vice of Eldridge, Ronnie (Kat) Manthe of Jacksonville, Fla., Cody Manthe of Atkinson, Ill., Britney (Mark) Hittenmiller of Walcott, Iowa.
Also surviving is her brother, Cecil Life Jr of Omaha and her sister Daisy Stone of Lincoln. Many nieces, nephews and a host of friends.

She was preceded in death by her parents; Cecilia Greene, Alma Miller and Teresa Life.
Funeral services are scheduled for 10 a.m., Wednesday, Oct. 25, 2017 at the Metz Chapel in York with the Reverend Rod Goertzen officiating. Burial will be in York’s Greenwood Cemetery. Visitation will be from 1 - 8 p.m., Tuesday, with the family present all day. Memorials may be sent to the family for later designation.