Barbara Songster
Barbara J. Songster, age 76, of York, NE died on Tuesday, June 26, 2018 at Omaha, NE.   She was born April 17, 1942, at York to James and Mildred (Steube) McGowan of McCool Jct, NE.   Barbara attended District 72 through eighth grade and then McCool Jct. High School, graduating in 1959.   Barbara worked as an operator for Lincoln Telephone Company.  She was married to Gaylord Songster on November 24, 1960, and to this union 5 children were born.   During this time the family lived in May Day, Kansas; Aurora, Geneva and York, Nebraska.   Barbara worked for various doctors and hospitals over the years, including Dr. Ashby of Geneva for 23 years, until her retirement.

Barbara lived such a full life…full of faith, full of family, and full of love and that’s really all you need in the end.

She was preceded in death by her parents James and Mildred McGowan and two sisters Theresa McGowan and Loretta Teinert.

Memorials may be directed to the Hope foundation for cancer research through the University of Nebraska Foundation at 1010 Lincoln Mall South, Suite 300 in Lincoln, NE 68508.

A Mass of Christian Burial will be held at 2:00 p.m., Friday, July 6th 2018 at St. Joseph Catholic Church in York with the Reverend Monsignor James Reinert officiating.    A Rosary service will be held one hour prior to services at the church. Inurnment will be in St Joseph Catholic Cemetery at York. 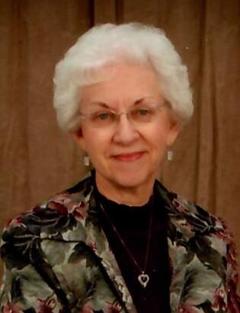