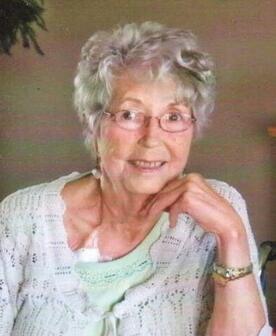 Barbara Ann Flanagan, 79, of York, formerly of Hastings, passed away peacefully at home surrounded by her family on Wednesday March 8, 2017 in York.
She was born Jan. 8, 1938 in Marysville, Kan., to Jack G. and Anna M. (Phelps) Flanagan.
Barbara was a longtime dental assistant and instructor having taught at Central Community College in Hastings.
An avid card player, she loved playing canasta and poker with her family and was also a CASA volunteer in York. She enjoyed dominoes, word searches, shopping and studying her families’ genealogy whenever she could. A western lover, she faithfully watched Bonanza and Gun Smoke on TV. Growing strawberries and vegetables in her garden was a huge part of her life as she thoroughly enjoyed cooking large meals and was a selfless caretaker. At home, she had a light that was always on until she passed away today when it suddenly went out. Barbara was proud that her home had a revolving door for her family and friends.
Barbara was previously married to Darvon Baier and William Johnson.
Barbara is survived by her daughter JoAnna Johnson of York; her sister Jacquelyn Flanagan of Allen, Texas; her grandchildren include, Shamlynn Berggren of Geneva, Travis Baier of Grand Island, Mariah (Ryan) Fisher of Hildreth, Taylor (Jake) Nugen of York, Jaron Baier of Lincoln,  and Kyrra Baier of Grand Island. She is also survived by seven great-grandchildren, several nieces and nephews and a daughter-in-law Wendy South of Grand Island. Special friends include Marie Desmaris, Elaine Laux and Paula Rollins.
She was preceded in death by her parents; her son, Kelly Baier; brother, David Flanagan; sisters, Merriann Kalba and Shirley Jean Dotson.
Memorial services will be held at 2 p.m., Monday, March 13, 2017 at the Metz Chapel in York with Chaplain Mark Hartley officiating. Private inurnment will be held at a later date. No viewing or visitation. In lieu of flowers and plants memorials may be directed to her family for later designation.
Condolences may be left for the family at www.metzmortuary.com.
Metz Mortuary, York, is handling arrangements.