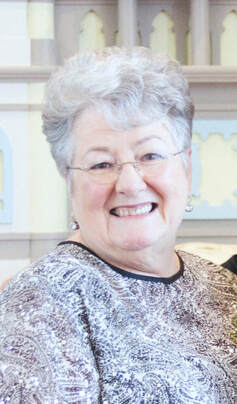 Avon Gail Shields, age 74, of York, NE passed away peacefully on Wednesday, August 29, 2018 in her home surrounded by her family. She was born April 26, 1944 to Bailey Tom and Tennyson Dale (Yeager) Milliken in Alamosa, Colorado. On July 13, 1962, she was united in marriage to Ronald Earl Shields in Blythe, California. Avon was a Dormitory Supervisor at York College for 17 years, known and loved as MamaVon.

She is survived by her husband Ronald of York, son Alan (Crystal) Shields of Belle Plaine, KS, daughter Lynnette (Armando) Gonzalez of Mead, KS, and son Paul (Shalee) Shields of Eagan, MN; grandchildren include: Zachary, Taegan, Ethan, Jadon, Elizabeth, and Elijah. She is also survived by her brother Curtis (Jeanice) Milliken of Harlan, IA and sister Michael Ann (Keith) Peters of Henderson, NE. She is preceded in death by her parents.

Memorial services are scheduled for 2:00 pm, Thursday, September 6, 2018 at the East Hill Church of Christ, York, with Minister Armando Gonzalez officiating. Private family inurnment will be held at a later date. There will be no viewing or visitation as it was Avon's wish to be cremated. In lieu of flowers, memorials may be directed to York College or to the Nebraska Youth Camp.