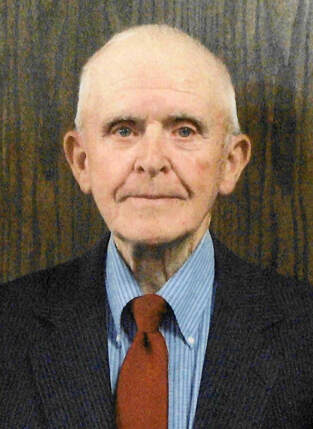 Arvin’s passion in life was to be a farmer. After he and Linda married, they lived in Bradshaw and later moved to York to start their family farm with their children. He raised hogs and cattle for many years until he chose to focus on cattle only. His love for cattle was unique. To him, they were more like pets than just cattle and he had a gentle way of communicating and taming them so much that they took care of him. Arvin farmed until he retired in 2000. He was constantly outside working on a project as there were “Always things to be done.”

As the children grew and left the farm, he took on a new passion for old cars. He loved attending and participating in car shows. Arvin took great pride in meeting other car enthusiasts and sharing stories and travels.

Graveside services are scheduled for 10:15 am Friday, July 22, 2022 at the Bethesda Mennonite Cemetery north east of Henderson. Memorial services will follow at 11:00 am at the Bethesda Mennonite Church in Henderson with the Reverend Chelsea Vaught officiating. Cremation. No Viewing. However, his family will greet friends from 6-8:00 pm Thursday evening at the mortuary in Henderson. Memorials may be directed to the Bethesda Mennonite Church.
​
Condolences may be emailed to Metz Mortuary Messages will be given to the family.
Find our featured Mortuary in Family Services, Funeral Services and Grievance Services featured as a York, Nebraska Business in York Marketplace.
Location: Metz Mortuary | 109 South Lincoln Ave | York, Nebraska 68467 | Phone: 402-362-3351