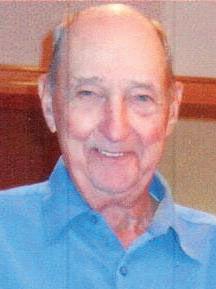 He was born Oct. 20, 1931 at rural Gresham to Carl and Lola (Walford) Richter. He served in the US Army from 1953-1955 and was stationed in Germany. Following his discharge he was united in marriage to Shirley Kohtz on Nov. 25, 1955 at Thayer. Art was a longtime Gresham area farmer and had previously worked in the ordinance plant in Hastings. He was a member of the NRA, Isaac Walton League, York Gun Club and the Gresham American Legion. He enjoyed trap shooting, watching old western movies and taking road trips around the countryside.

Art is also survived by his brother, Fred (Jan) Richter of Shelby; sister, Joyce Hackler of York and sister-in-law, Lois Richter of Lincoln.

Preceding Art in death were his parents; infant sister, Phyllis and brothers, Robert and Don.

Funeral services will be held at 10 a.m. Monday, Aug. 22, 2016 at the Metz Chapel in York. Interment with military honors will be in the Blue Ridge Cemetery north of Gresham. Memorials may be directed to the family for later designation or the donor’s choice. Visitation will be from 1-9 p.m. Sunday at the mortuary with the family greeting friends that evening from 6:30 – 8 p.m.  ​