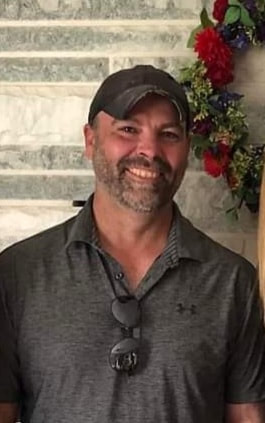 Aric Allen Kreifels, age 44 of York, NE died Tuesday, August 23, 2022 at York. He was born March 11, 1978 in York to David and Linda (Tracy) Kreifels. He graduated from York High School in 1996. He then attended Southeast Community College in Milford, NE and for the past two decades was a self- employed electrician in the York area.

Aric was an avid reader and loved learning about everything. He really enjoyed having a great discussion about different topics. His greatest joy was to be able to help people whenever they needed anything. He loved his girls and also had a big loving heart for animals, especially dogs.

He is survived by his daughters, Téa, Elle, and Laney Kreifels, his parents David and Linda Kreifels, brothers, Anthony (Tony) and wife Kristi Kreifels and Adam and wife Haili Kreifels, and four nieces and two nephews:  Zoe, Raima, Rachel, Isaiah, Jackson and Hannah Kreifels. Also surviving are two aunts, Donna and Mel Kauk and Gerry and Steve Welch, along with other extended family members, many friends, and of course his Dachshund Rosie.

He was preceded in death by his grandparents, Howard and Leone Tracy and Gerald and Marian Kreifels.
​
​Graveside services are scheduled for 1:00 pm, Saturday, September 3, 2022 at Plainfield Cemetery, west of Bradshaw, NE. Aric was cremated, so there will be no viewing, however, the family will greet friends Friday, September 2, from 5-7 pm at the mortuary. Memorials may be directed to Aric's daughters or
​York Adopt-A-Pet.