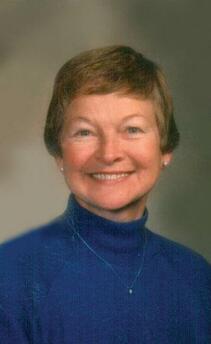 Born on May 18, 1930 to Frank and Grace (Ingalls) Mytholar and raised in Shelby, she attended primary school in Shelby and graduated from the University of Nebraska-Lincoln. Following graduation she taught in Lincoln and Polk County. Ann married the love of her life, Ray Svehla on Dec. 25, 1951 in Shelby. Together they were blessed with four children, Cheryl Seib, John Svehla, Jean MacDonald and Karen Olin.
After a career as a teacher and speech therapist some of Ann’s greatest memories involved spending time with friends and her many family travels throughout the world. Her greatest joys in life were her husband, children, grandchildren and great-grandchildren.

Private immediate family services to be held. The family will greet relatives and friends from 4 to 7 p.m. on Sunday, Oct. 29, 2017 at the First United Methodist Church in York. In lieu of flowers and plants memorials may be made to the First United Methodist Church of York or to the family for further designation.
​
Condolences may be emailed to Metz Mortuary Messages will be given to the family.
Find our featured Mortuary in Family Services, Funeral Services and Grievance Services featured as a York, Nebraska Business in York Marketplace.
Location: Metz Mortuary | 109 South Lincoln Ave | York, Nebraska 68467 | Phone: 402-362-3351