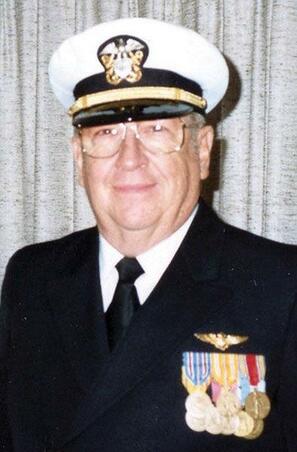 He was born Aug. 25, 1925 in Brooklyn, N.Y. to Albert and Edna (Ochs) Shearer. Albert served in the Navy from 1943 until 1966, a career which spanned 23 years. He was married to Barbara Reetz on Oct. 7, 1972 in Alameda, Calif.  He was a past member of the Holy Trinity Episcopal Church in York, the NRA, and the TROA. Albert loved attending classic car shows and restoring classic cars, especially Packards. He also enjoyed traveling and was an avid reader.

Funeral services will be held at 10 a.m. Wednesday, Oct. 26, 2016 at the Metz Chapel in York. Graveside services with full military honors will be held in the Omaha National Cemetery in Omaha. Visitation will be from 2-8 p.m. Tuesday at the mortuary with the family greeting friends Tuesday evening from 6-8 p.m. Memorials may be directed to the family for later designation.  ​
Condolences may be emailed to Metz Mortuary Messages will be given to the family.