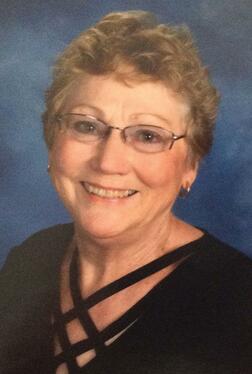 Nancy was an active member of the First United Methodist Church in York and was also involved in the Community Garden, Meals on Wheels and Youth Mentoring Programs.

She was an Avon Representative for 45 years in the York community and had also been employed at the American Legion Club. She took great pride in her gardening and loved spending time with her children, grandchildren and great-grandchildren and many, many friends, by whom she will be truly missed.

Preceding her in death, her parents, brother Gene Harvey and sister and brother in-law Deana and Warren Gideon and sister in-law Maggie Harvey.

Memorial services will be held at 11:00 am Saturday, March 19, 2016 at the First United Methodist Church in York with the Reverend Art Phillips officiating. Cremation, no visitation. Luncheon served at the church following services. Family will greet friends one hour prior to service at the church. In lieu of flowers memorials to First United Methodist Church, York, NE.  ​