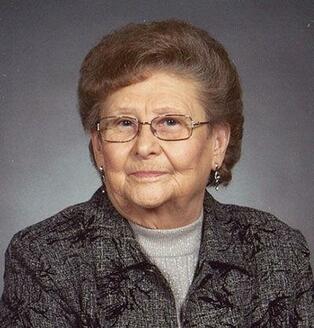 She was born Oct. 6, 1928 to Abraham and Katherine (Goossen) Dick in Henderson. She was united in marriage to Raymond Siebert on March 28, 1947 in Henderson. Mable was a homemaker, but also sold Avon and Tupperware, and later on worked in the hospital kitchen. She was a member of Bethesda Mennonite Church, where she belonged to Mission Circle, taught Sunday School and her and Raymond were youth sponsors. She enjoyed growing flowers, baking, and collecting a variety of things. She also crocheted and sewed, as every member of the family received a quilt. Most of all, she loved her family and enjoyed hosting and spending time with them, especially on holidays.

Preceding her in death were her parents; husband; son, Steve; grandson, Shane and brother, Kenneth Dick.

Graveside services will be held at 2:15 p.m. on Tuesday, March 7, 2017 at Bethesda Cemetery, Henderson. Memorial services will follow at 3 p.m. on Tuesday at Bethesda Mennonite Church. Visitation will be held from 1-9 p.m. on Monday, with family greeting friends that evening from 6:30 - 8:30 p.m. at the mortuary in Henderson. Visitation will continue on Tuesday from 8 a.m. – 1 p.m. Memorials may be directed to MCC Sale or Bethesda Mennonite Church.​