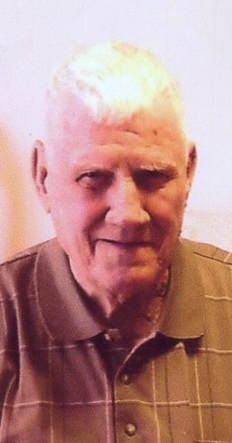 John was a foreman for LT&T for 36 years, until his retirement with in June of 1984. He then worked for Agri-Products for 25 years. John enjoyed working with his LT&T family and his Agri-Products family over the years, serving Hastings, Hebron, and York while working for LT&T. He was a volunteer fireman in York in the 1950’s.

John was always fixing and tinkering with things in his spare time. He enjoyed drinking coffee at Chances R, McDonalds and visiting with friends. Most of all, he loved his family and spending time with his children and grandchildren.

He is survived by his daughter Cheryl Schlechte of York, granddaughters Stacy Schlechte of York and Amy (Tyler) Bruch of Waco, NE, sister-in-law Lura Summers of Memphis, TN, and many nieces and nephews.

He was preceded in death by his parents, wife Delores, his son Jim, son-in-law Gary, six sisters, and one brother. John will be missed by his family and friends.

Graveside services will be held at 10:00 AM, Friday, September 7, 2018 at Greenwood Cemetery, York. There will be no viewing or visitation as it was John’s wishes to be cremated. Memorials may be directed to the family for later designation.