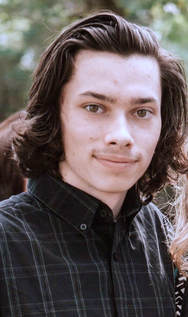 Jacob “Jake” Samuel Barnett, age 17, of Osceola, NE, died Wednesday, March 7, 2018 at York, NE as a result of a car accident. He was born on May 24, 2000 to Melinda (Noyd) and F. Jesse Barnett at North Platte, NE.
Jake worked at Kentucky Fried Chicken in York and loved his job and co-workers. He loved to make music and was a rapper. He enjoyed skateboarding, basketball, and fishing. He bought his own car, a Buick Station Wagon, which he referred to as the “Shaggin’ Wagon.” Jake loved his family, especially his niece and nephew. He had a kind, gentle, free spirit, and had an amazing sense of humor. He could make an entire room light up and smile!