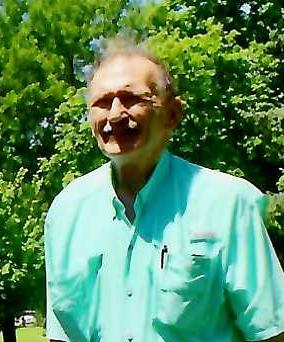 Ed grew up on the family farm in the Thayer/Gresham area. He attended Thayer Public School until its closing and then attended Gresham Public School graduating in 1968. He graduated from Wayne State College and received his master's degree in agronomy from the University of Nebraska in Lincoln. Agriculture was his passion. He worked in the seed corn industry and as an extension educator. Ed was instrumental in obtaining funding for soil testing for FFA programs. He was a proponent and involved in 4-H programs. In retirement, he enjoyed researching ag and energy issues. He was a member of the Gresham Presbyterian Church.

Ed was preceded in death by his father and grandparents.
​
He is survived by his mother Janis George of Waco, brother Gerald (Pam) George of Waco, sisters Lanette (Jim) Bathen of David City and Geniece (John) Courtright of Los Alamos, New Mexico, nine nieces and nephews, cousins and several friends.
Memorial services are scheduled for 10:00 am, Saturday, November 6, 2021 at Metz Chapel in York with the Reverends Sue Babovec and John Nellessen officiating. Inurnment will follow at Rosemond Cemetery, Thayer, NE.  Cremation. There will be a public visitation on Friday, November 5, from 1-8pm at the mortuary. Family will greet friends one hour prior to services. Memorials may be directed to The Michael J. Fox Foundation for Parkinson’s disease or to St. Jude Children’s Research Hospital.