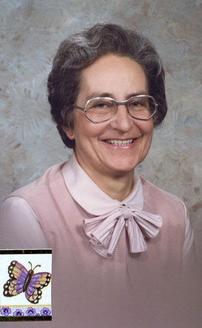 ​She was born on March 21, 1934 to Gustav and Caroline (Ruhs) Grotfeld in Cambridge, NE. On June 30, 1951 she was united in marriage to Erwin A. Reicheneker in Kearney, NE. Dixie and Erwin lived in Kearney for several years, where she worked for the Bakery, Grace’s Café, and for the Kearney Daily Hub. After moving to York, she worked for York College, and Pfeiffer’s Travel Agency. She was an active member of East Hill Church of Christ in York, and attended the Kearney Church of Christ.

Dixie loved God, and sought to make her life pleasing to him. She traveled the world on mission trips, and traveled to Russia on three separate occasions to teach the Bible. She also volunteered with Helping Hands at York College, and was a Spelling Bee Judge for 4H for several years. Dixie loved to write poetry, and wrote several articles on Parkinson ’s disease for the York News Times. Ultimately she loved her family and many friends, and enjoyed being around people.

She was preceded in death by her parents, one brother, one sister, and 2 nephews.
Funeral services are scheduled for 10:30 am Wednesday, November 1, 2017, at the East Hill Church of Christ in York with Pastor Glenn Hawley officiating. Cremation. No Visitation. Memorials may be directed to the Nebraska Youth Camp, or to East Hill Missions.