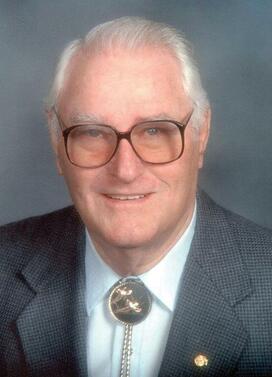 He was born March 15, 1932 at Bruning to Albert and Beulah (Frankforter) Hulse. He was baptized March of 1932 and confirmed April of 1946 at Trinity Lutheran Church in Bruning by Pastor J. Cronek. He attended Bruning High School his freshman, sophomore and junior year and then transferred to Ohiowa High School where he graduated May 19, 1949.

Cliff helped on the family farm and was drafted into the Army September of 1952, serving in the Korean Conflict. He was honorably discharged Sept. 24, 1954. On Sept. 13, 1959 he was married to Ethel Holtzen at Deshler.

He was a longtime Dr. of Veterinary Medicine for over 45 years and was a member of Faith Lutheran Church in York. He loved to tinker around his home, enjoyed dancing, attending Veterinary Conventions, Bible Study and was a supporter of the N.R.A. He also enjoyed spending time with his family and also spent time volunteering at the Trading Post. Cliff was a compassionate and generous giver.

He was preceded in death by his parents; wife and two brothers, Duane and Kenneth.